It’s been a long time since I’ve added to my Watch & Learn series. If you’ve been following my blog since day one, you know what I am talking about. My Watch & Learn series are always Youtube videos that speak some truth. I created this series to be of service to others as I to am learning myself.

This post today is specifically for all the young girls that are always contacting me about how I “stay” in shape or how to “get” in shape. You guys are dieing to know secrets and tips to make yourself feel better about you. I get it, I am apart of that group. We so often get caught up being told we aren’t enough so we seek “enough” elsewhere.

What I am sharing with you today is my story about knowing what it is like to feel like you aren’t enough and a birth of a really amazing movement called StyleLikeU.

Growing up I was always either too pretty or not pretty enough in my head. Being milado, also known as mixed, I was either too black for whites, or too white for blacks. I had an identity issue, based off of ethnicity from the very beginning.

As I got older and entered middle school, my next identity issue had to do with the shaping of my body. I wasn’t tall enough, thick enough or busty enough to get certain people to accept me as a person.

As I entered high school, I dealt with not having “good” hair, straight and silky. I was also pressured to be sure that I had name brand clothes that were in-style. I couldn’t show up to class without a Coach purse or a pair of UGG boots. (Those brands were in-style for sure then)

Everything seemed to be an issue with me. An average height mixed girl, with large curly hair, skinny frame, no boobs, and barely any ass. Either way, it seemed like every part of me was being attacked by some group of people. It was hard for me to identify with myself when I was always being told that myself wasn’t good enough.

I found myself going though so many phases of trying to fix myself or enhance things about myself that just weren’t ME! It took a long time for me to recognize that others opinions about me, had everything to do with them versus me. How I looked wasn’t the issue, how they perceived how I looked was the issue.

So this post is to let you know that, you are not the only person dealing with accepting yourself. We are all connected in many ways especially this one. We all battle to some extent accepting who we are and recognizing our unique beauty.

Coming across StyleLikeU on YouTube was so inspiring that I had to share my thoughts and their movement with you. Their movement genuinely made me feel like I can do a way better job of accepting my own self but also others.

I hope that you guys check out this Mother Daughter movement and it touches you. I also hope that, you recognize that you are beautiful and you don’t need anything besides what you have to make you feel so.

I attached two StyleLikeU videos. The first one explains their movement and the second one is an interview with a model/actress in Hollywood by the name of Caitlin Stasey. This girls way of expressing her story and the issue we have within the industry as “pretty girls”, was really great.

She nailed it on the head when she said “People think beauty opens doors, but it opens doors to cliff edges.” So many girls who feel that aren’t pretty have this idea that it is much easier to be pretty, and it brings more advantage. When in reality, so many girls who are deemed as pretty, deal with the same issues, if not more because they are labeled as pretty.

Caitlin and StyleLikeU really inspired me today so I hope you guys watch both videos and take something away from this post. I love you guys, have a great rest of your day. ❤ 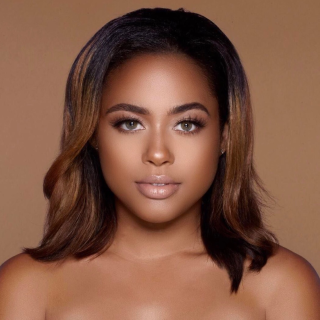